GSC United was formed in 2009 as an amateur team after a group of workmates decided to start a team after playing 5 a sides together for a few years. They joined the GDSFC which is a charity based league based in Glasgow and this year sees their 10th anniversary in the league.

Over the years they have won numerous leagues and cups and decided that in 2020 season instead of using a sponsor for their strips , the players and managers decided to self fund their own. This allowed the team to support charities of their choice and they chose to support "Brothers in arms" and "SiMBA".

Mark Dunn's (who plays for GSC United) daughter was still born in 2018. SiMBA helped Mark and his partner to spend time with and create memories of his little angel Emilie Dunn.

Sean O'Donnell from GSC United said " Mark and his partner are forever grateful for the help and memories yourselves gave Mark with Emilie. We all chipped in to fund our own strips , doing this it allowed us to chose charities as sponsors. on the front of the strip we used brothers in arms charity and on the back above the number we used SiMBA."

I'm sure you'll agree that their strips look great and we wish GSC United the very best of luck going forward. 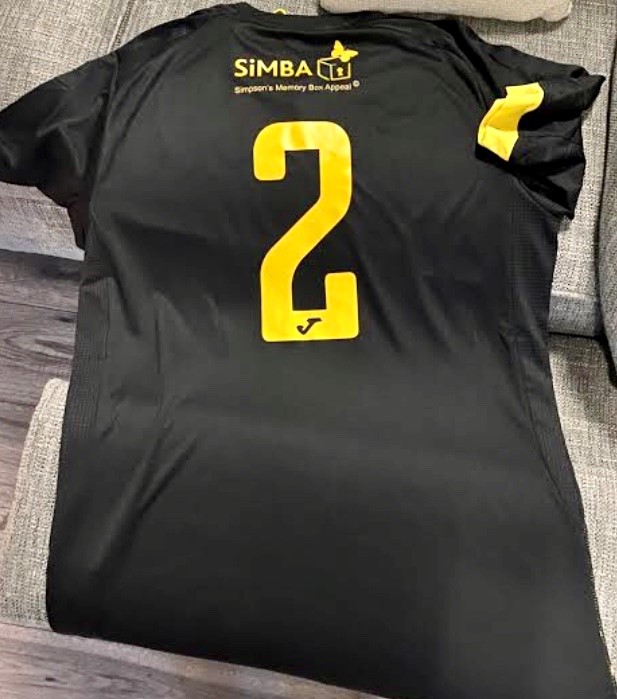 "It was very important to us to support your charity and we hope our donation has enabled SiMBA to provide comfort to other people experiencing the loss of the loss of a baby. Receiving your charitable donation at an extremely sad time in our lives also helped us as SiMBA was recognising our baby and the deep love we have for her."