Islas lived for 103 days, here is her story told by her mum Angela Donnachie 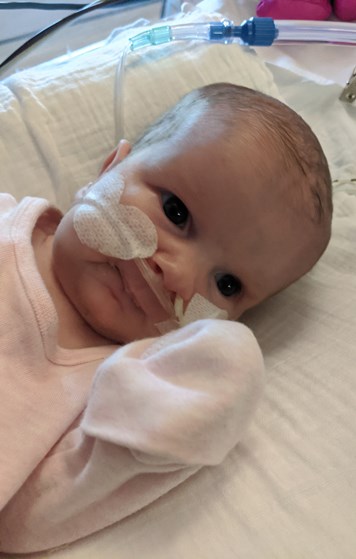 Angela and Craig were able to spend time with their daughter Isla in the SiMBA family room in the Neonatal Unit, Queen Elizabeth University Hospital, Glasgow. These rooms were refurbished in 2017 and went on to form the blueprint for all family rooms going forward. Here is Isla’s story told by her mum Angela in her own words:

“On the 13th of August 2020 we met our perfect little girl Isla. She had complications; some of her organs were outside her body and she had a hole in her heart. We had found out about this during scans, so we were prepared for her first few months to be spent in the Neonatal unit at the Queen Elizabeth University Hospital in Glasgow. What followed 103 days later took us completely by surprise.   All of Isla's complications were fixable, however, we needed her to grow so her organs had a place in her body. Isla had been on breathing support since birth due to her hole in the heart. She was later put on a ventilator after having had her first heart operation at 6 weeks old. We were patiently waiting every visit for the day she would be taken off the ventilator successfully and only need oxygen through her nose again. This would give us our independence as a family and allow us to get back to our routine during visiting and bonding with our girl again.    On the 22nd of November we came home after visiting Isla all afternoon and received a phone call I will never forget. The nurse told us that Isla had taken a turn for the worse and that her oxygen was now at 100% and they weren't sure how things were going to go. We were told we could return to the hospital and stay in their family room and it would allow us to be by Isla's side. We went straight to the hospital and everything that follows is a blur. We arrived at the hospital after speaking with doctors and we were taken to the family room which was very peaceful and allowed us time together to try and process what was happening.   We stayed with Isla until the early hours of the morning with staff doing all they could to keep her with us. They said it could go either way and the Nurse convinced us to get rest in the room around 5am so we could be there for rounds in the morning. We were assured she would come for us if there was any change.   We lay down in the quiet of the family room and tried to sleep and around 7.30am on 23rd of November there was a knock on the door and our world crashed around us, the doctor told us "they tried everything and there was nothing more they could do" to save our precious girl. Craig and I were in disbelief that this could be happening. Suddenly the silence in the room became heavy. I was wailing and Craig was in complete shock. At no point in our journey had we seen this as an ending. This was at the height of the pandemic and Craig and I were the only visitors allowed so it was hard not having family around. When they told us, they had done all they could we went to her bedside and the staff had said we could contact family to come for support. Craig called our parents and told them to come to the hospital as soon as possible. Isla passed away on 23rd of November at 9:22am in our arms surrounded by her family. There were so many thoughts and worries rushing through my mind and leaving her in the hospital was one of the biggest. How could we hand over our baby when she didn't get a chance at life how was this fair? The staff took us to the butterfly room which was a peaceful space for us to be as a family. We were able to have special time with our girl bathing her, changing her and holding her. The staff did footprints and took photos for us to cherish. We were given as much time as we needed, and our families were able to wait in the family room and take turns to be with us and hold Isla for the first time. 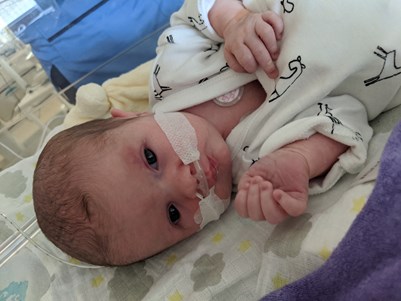 We went back to the hospital for the next few days to be with Isla to hold her and just tell her how much we loved her. We were given a SiMBA memory box which is now overflowing with our precious memories. It's still early days and it is hard to look at all the things in the box, but it reminds us of all the special memories we made with Isla and the time we had together. Without the work SiMBA do we may not have had as much time to spend with Isla after she passed.   We will be forever grateful to all staff in the Neonatal Ward, they treated us with so much respect and were so patient allowing us to do everything in our own time. Our final walk out of the hospital without our baby will always be one of the hardest walks we will ever take in life but thanks to SiMBA and the staff we have special memories to look back on.” 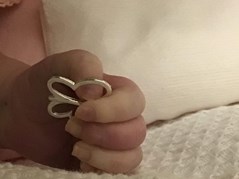 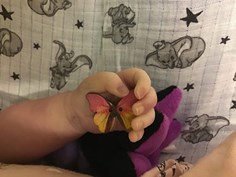