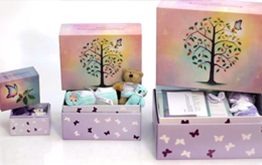 We provide Memory Boxes to bereaved parents to help gather timeless and precious memories of their child. As a result of consultation with parents, we offer three different sizes of beautiful Memory Boxes, each designed for a specific gestational loss. 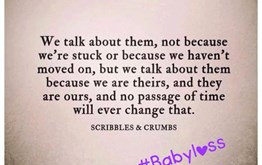 For the first time ever, we're working with our wonderful Support Group Facilitators to run virtual support group sessions via Zoom. These sessions are for anyone affected by the loss of a baby. 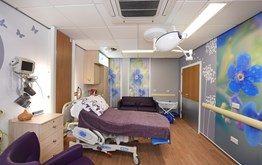 The aim of providing Family Rooms within maternity units is to offer parents the opportunity to spend further precious time with and prepare to say goodbye to their baby in peaceful and private accommodation. 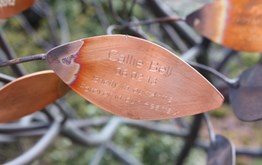 The SiMBA Tree of Tranquillity is a stunning hand crafted, life sized sculpture, made from re-cycled metals, which has been created in response to the needs of parents.

More about our trees

Helping those affected by the loss of a baby

Pregnancy can be one of the most wondrous experiences for a woman. Many women bond with their babies early on in pregnancy, especially when they feel the baby’s first movements and their own bodies begin to show the first signs of the life inside of them. When a woman loses a baby during pregnancy and around the time of birth it can be a very traumatic experience for her, her partner and others close to them.

SiMBA has been supported in its fund raising efforts by many individuals, organisations and businesses. The families who have suffered the loss of a baby have been instrumental in their support and SiMBA endeavour to be ‘reactive’ to their needs. SiMBA was founded by a team of dedicated individuals in October 2005 in response to the needs of those affected by the loss of a baby during pregnancy or close to the time of birth. SiMBA was officially registered as a Scottish Charity in 2007.

“A leaf on The tree of Tranquility means so much as it gives us a lasting memorial for our little boy Robert, where we can go as a family to reflect even though you never forget your little one that you have lost this gives you somewhere to visit for a little closure to help with the pain.” Kirsty Brown